1. Computational analysis of bacterial genomes and prediction of antimicrobial resistance.

We develop computational tools for automated analysis of bacterial genome sequences. This includes assembly, validation of species, check and elimination of contamination by other species, determination of MLST type, building a phylogenetic tree from core genome sequences, detecting the presence and intactness of known resistance genes, detecting and describing the context of resistance genes, detection and description of plasmid sequences. Some of the tools for this analysis have been developed earlier in our workgroup, e.g. StrainSeeker (Roosaare et al., 2017), PlasmidSeeker (Roosaare et al., 2018) and PhenotypeSeeker (Aun et al., 2018).

Second frequent aim of bacterial genome analysis is a functional analysis of genomic variants that appear under strong natural selection in a certain environment. A good example of this kind of analysis is the paper by Jõers et al., 2019, where we describe which genes are mutated in a strain that is less responsive to muropeptides in the environment.

Currently, our group is actively working towards developing statistical prediction models that would predict virulence, antimicrobial resistance or other properties of bacterial strains, based on their sequence. For this, we use machine learning methods combined with biological knowledge. Currently, we have working models for predicting the resistance in 16 bacterial species against more than 20 antimicrobial substances. We have developed a web-based tool PhenotypeSeeker for using these models.

2. Development of diagnostic tests based on DNA sequence.

For more than 10 years we have been studying how DNA molecules hybridize to their specific and non-specific targets. This is important for designing highly specific PCR primers or microarray probes. We have written several software packages facilitating genomic PCR primer design. Our workgroup has participated in the development of widely used Primer3 software and we host an official webpage for Primer3. 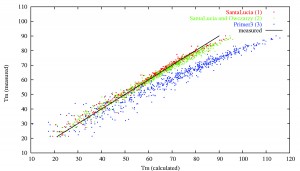 Looking at a longer perspective we have started to develop novel diagnostic tests, based on next-generation sequencing data. A large advantage of DNA sequencing tests over PCR-based tests is that it can detect all pathogens simultaneously, unlike PCR that can detect only one pathogen per primer pair. Our focus in developing sequencing-based tests is in developing software and databases for the detection of pathogenic or allergenic species or strains. Good examples of such software are described in papers Raime and Remm, 2018 and Raime et al., 2020. In these papers, we described methods and proof-of-principle tests for the detection of potentially allergenic food components using food sequencing approach.

3. Development of fast and original computational methods for the analysis of personal genomes.

Within the last five years, we have developed several novels and fast methods for the detection of single nucleotide variants (SNV) from human personal genomes. FastGT (Pajuste et al., 2017) finds genotypes of all previously known SNV-s in a given personal genome in only 30 minutes. KATK finds all SNVs (known and novel from personal genomes in 3 hours (Kaplinski et al., preprint). In addition, we develop algorithms for detection of structural variants, that are frequently neglected in GWAS analyses. For example, we can detect polymorphic Alu element insertion sites (Puurand et al., 2019), gene copy numbers (for example amylase gene copy numbers) and copy numbers of variable number tandem repeats e.g. those in front of ACAN, MAO, TRIB3 genes (Örd et al., 2020).

Our algorithms use a completely original approach to sequence analysis and this allows us to process human personal genomes ca 30 faster than traditional methods, without losing accuracy. Speed of the software is crucial in large scale analysis of individual genomes. 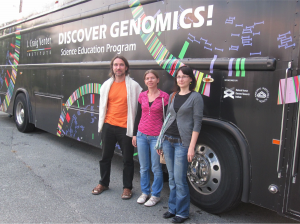